Many European IT workers are not being held responsible for delivering projects late, a new study suggests.

It found that 51% of European IT professionals said there would be no risk to their job, compared 33% in Asia and 22% in the Americas. 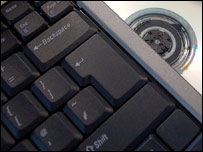 The study was conducted by HP and the Economist Intelligence Unit (EIU) which spoke to 1,125 professionals worldwide.

They said Sweden was the most likely country for a project to be delivered on time in Europe.

Sweden was the only country in Europe where more than a quarter of respondents could say that all of their firm’s IT projects had come in on time in the last three years.

The three most common causes for delay were outsourcing, changing priorities half way through a project and poor co-ordination between managers.

David Quantrell, Vice President of HP Software EMEA said the responses about the effect on careers of late projects showed that IT departments are not being held responsible.

“This shows the lack of accountability of IT departments in delivering business results,” he said.

The outcomes of IT projects have been slipping, with 57% of respondents saying that fewer than half of the IT initiatives in their firms had a positive outcome.